We were forewarned:- there were signs in the foyer that there would be no warm-up act and no interval, just a straight performance. And that was exactly what we got – just under two hours of Joan Baez. The years have been kind, and at 71 she walked on stage looking as slim and elegant as ever. The hair is now cropped and the colour is silver, but then that applied to most of the audience as well.

The stage was bare apart from a comfy sofa and a standard lamp, and she was accompanied for most of the evening by her son Gabriel Harris on percussion and the talented Dirk Powell on mandolin, accordion and just about everything else.

The atmosphere was relaxed and the songs were a mixture of old favourites and the not so old – Farewell Angelina, God On Our Side, House of the Rising Sun, and Diamonds and Rust, a reference to her relationship with Bob Dylan. We also got John Lennon’s Imagine and Donovan’s Catch the Wind, and the evening finished with The Night They Drove Old Dixie Down and Blowin’ in the Wind. Her voice is still haunting although she avoids many of the high notes now, and I did think that the tempo of some of the songs (particularly House of the Rising Sun) was a bit slower than it used to be. But she can certainly still sing. And she still believes in what she sings.

We went home happy, and although the singer is still a protester I wondered how many of the audience still are?!

It seems like there's finally a decent YouTube-for-audio in the form of soundcloud.com, with it's success measured by the number of labels that have started using it to distribute their MPFrees.

Sub Pop are using it to giveaway/stream a total of 4 tracks from the new Wolf Parade LP, and if you head over to their soundcloud page they also have a few mix-tapes to listen/download - featuring the likes of Avi Buffalo, No Age and Vetiver.

Where would we be without the trusty in-flight movie? The Times archive have an article about the first in-flight movie in 1925 and even a reproduction of the original article.

The Lost World was the movie and a restored version funded by Hugh Hefner is available on YouTube. 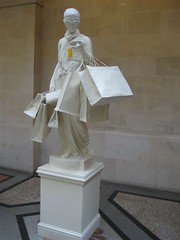 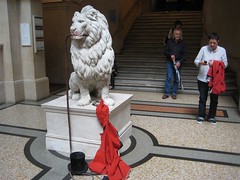 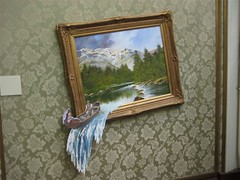 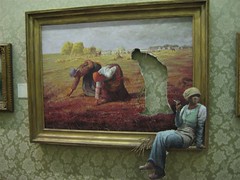 Girl having a cigarette 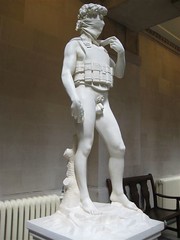 The Periodic Table of Videos

Nutty Professor Martyn Poliakov (brother of film director Stephen Poliakov) and his team at Nottingham university have made YouTube videos for all the elements in the periodic table. The videos were made the videos over a period of 5 weeks and it's worth noting his haircut about halfway through (still nutty-professor bushy).

The videos have had an amazing response - 1.9 million hits so far.

The team seem to have a great time doing the experiments - particularly the guy in the green overalls - but you also learn some quite interesting things, such as how Victorians were poisoned by having arsenic as the green dye in their wallpaper.

Have a look at www.periodicvideos.com, but start with the introduction below.