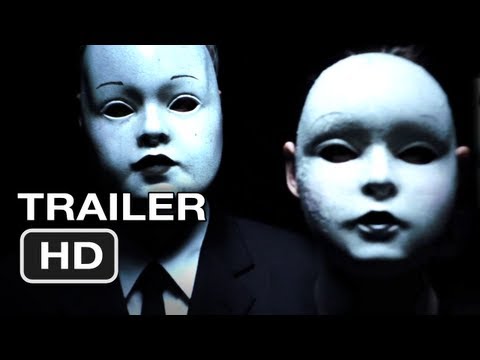 Trailer Park: Cabin In The Woods

It was delayed for a few years due to the collapse of MGM, but this meta-horror from Drew "Cloverfield" Goddard and producer Joss Whedon is opening at SXSW this April

Attention: Married To The Mob on MGMHD tonight at 9pm. 80's Chimp favourite.

Godfrey Reggio's masterpiece Koyaanisqatsi is showing on Sky's MGM HD over the next week or so. http://www.youtube.com/watch?v=PirH8PADDgQ

Aint-it-cool are reporting good things about Mel Gibson's new movie Edge of Darkness. Martin Campbell directs a remake of his own UK mini-series, with Gibson starring in his first film for 8 years. seriously, is Beck just having the best time at the moment? for the next round of his Record Club project, he's roped in Devendra Banhart, MGMT, Andrew Wolfmother and a dude from Little Joy to have a go at Leonard Cohen's Songs Of Leonard Cohen. apparently it was either that, or Ace Of Base...

Albums of the year:
Fleet Foxes - every song's a winner on this doozy. Though it's 'Mykonos (Alternative Version)' that gets my vote for song of the year.
Vampire Weekend - This lot strike me as being a bit smug, but i guess if you release a debut album this good then you're allowed to be.
MGMT - Oracular Spectacular - The hits way outweigh the misses on this one.
Kings of Leon - Only By The Night - Not their greatest work to date, but still very listenable.
Bon Iver - For Emma, Forever Ago

Greatest Hits of the year:
Dr John - The Best of the Night Tripper - a bargainous £5 (on Amazon) for this ace compilation of the best 60's and 70's tunes from Malcolm John Rebennack Jr.

Gig of the Year - La bomba del tiempo, Konex Centre, Buenos Aires. (Ha - I had to mention it somewhere).

The end of the year 'Best Ofs' are starting to trickle in, with Rough Trade beating a fairly similar track to some Chimpo favourites - but the numbers don't lie, and Last FM's chart clocks Coldplay as the favourite album and single of the year, with MGMT taking the artist top spot. Top 50s from Uncut and Mojo here

Thanks to the success of Hulu.com (a US iPlayer style site that has generated 3x the ad-revenue of YouTube), Google have re-negotiated some of their relationships with Hollywood, and MGM will be the first studio to offer feature films on YouTube. Hopefully that's all going to lead to the watch-anything-whenever holy grail that has been slowly evolving, as online movies follow the lead of the audio revolution.

CNET has the details. Daniel Craig puts in another granite-hard turn as the noughties 007 in this Casino Royale sequel.

As in his first mission, he's a good combination of all the best Bonds - the punch-first toughness of Connery, the occasional quip from Moore and the physical presence of Brosnan. The scenes with Judi Dench's M bristle, new Bond girl Olga Kurylenko does a good job of breaking through Bond's post-Vesper grief and French actor Mathieu Amalric makes a decent mwah-ha-ha villain for Bond to chase around the world.

But - and it's a big but - it's a film that's totally let down by the action direction. From the opening sequence, to the fights, speedboats chases etc it's a mess - you can't see what's happening, and so it's impossible to be impressed or to care, or even get that excited. There's nothing to match the visceral thrill of CR's parkour chase here - although you get the feeling that any of the action scenes could have measured up if they'd just let one camera linger on what was happening for longer than a second. There's one fight which pretty much cuts to another angle after every punch - a bewildering, disorientating tactic, which leaves you with the impression of some hard-ass kicking going on, but no real sense of the flow of anything.

The so-so theme from Jack White and Alicia Keys just about sums it all up really: it's close, but really misses the essence of what made Craig's first go such a treat. Would like to see him have another go, because this would be a lame way to leave it. Aging gambler Sydney takes struggling John under his wing  - helping him raise money for his mother's funeral, then taking him onboard as his protégé. Just when things start to go well John's love for an occasional hooker gets him into trouble and Sydney's past catches up with him.

The Reno setting provides a nice downbeat counterpoint to the usual Vegas gambling movie but Anderson's art direction and cinematography style of expensive-looking-normality aren't quite honed yet, and the photography is often a little off the mark with focus and compositions. The movies strives for the unpredictability of something like David Mamet's House of Games, but the script is a little laborious, trying to be twisty-turny like Elmore Leonard but a lot of the characters just don't have the depth.

Gwyneth Paltrow is miscast as the hooker, but Phillip Seymour Hoffman and John C Reilly put in calling card performances that would lead them onto bigger things - even if it was Anderson himself who answered the phone. It's Phillip Baker Hall's movie though, and he exudes presence in every scene like a timeless star of the seventies from an alternate universe.

Back in the UK for the third time in a year (and with more dates scheduled for July), Band of Horses have picked up quite a following since 2007's show at the Scala. After great support sets from MGMT and Sons & Daughters, the crowd went ballistic for Ben Bridwell's band of hairy truckers. The huge crowd response showed a lot of dedicated followers in the audience - showing that there may be hope yet that a band that has clearly never been made-over by a skinny-jeans promoting stylist can still crack the mainstream.

Cease To Begin opener Is There A Ghost? started the show and set the modus operandi for the evening: amp everything up to the maximum and rock it out. While that worked superbly for the harder rocking numbers like Ode To LRC or Islands On The Coast, the poor bass in the house sound system didn't take it well and pretty much every track was flattened out by the overbearing bass drum and guitar. Only Bridwell's powerful voice could climb out of the rumble, which unfortunately meant a lot of the subtleties of tracks like The Great Salt Lake or The First Song were flattened out and buried. Spirits weren't dampened however and the rock and roll energy of the band carried the show along on a wave of enthusiasm.

It's clearly Bridwell's band and following the personnel re-structuring after Everything All Of The Time that seems like a fairly natural order. Concessions were made to the new members with the first "fake end song before we probably come back on" - a barnstorming rendition of over-looked Creedence classic Effigy - before keyboardist Ryan Monroe stepped in to provide vocals on a new track in the encore, making for a welcome departure and a possible indication of territory a third album might head off into. With Bridwell releasing his grip of iron over the band, things were now flowing fast and loose and foot-thumping party tune The General Specific made for a fine sing-a-long before a flowing cover of Ron Wood's soulful Act Together.

This is a real, working band that are picking up accolades and knocking out good music in quick rotation. Hopefully this is still just the beginning.

think it's about time we kicked off the next instalment of our long(slow)-running compilation series: MGMT's Time To Pretend is getting mornings off to a pretty upbeat start in Chimp Towers at the moment, so I'm voting for that

digging the new MGMT album, v summery/bit psychedelic, all sounds quite like a poppier version of that flaming lips/mercury rev indie axis - they've got the same producer dave fridmann who's also been busy on the new tapes 'n tapes album trailers up for Tom Cruise's kill-Hitler Nazi outing Valkyrie; Daniel Day Lewis as a whacked-out oilman in There Will Be Blood; last man on Earth Will Smith in I Am Legend; and a seasonal outing from Morgan "Supersize Me" Spurlock following the Church of Stop Shopping Gospel Choir in What Would Jesus Buy?