The Cavalry Of Light

This EP from Los Angeles based Lavender Diamond seems to be creating a frenzy at the moment, first with Matador snapping up the North American rights and then Rough Trade taking Europe. It's not hard to see why - with the band acting as a "a vehicle for the astonishing vocals and buoyant worldview of Becky Stark."

Stark's superb classical vocals give the record a timeless quality that is best compared to something out of NYC's Brill Building in the sixties, probably penned by Carole King. The crisp production and piano-led sound are familiar and engaging, but strangely unlike much of the music around at the moment.

You Broke My Heart (Listen here - Windows Media) is a tight, highly strung number - gently increasing the pressure as it builds up and up, with it's gentle sound hiding the heart-breaking undertone of it's message.

Currently supporting the Decemberists on their European tour, the band will have a full length album out in May which I eagerly look forward to. The on-form Yo La Tengo deliver a nice live set to complement their recent studio release. Great renditions of "Pass The Hatchet" and "The Weakest Part" are accompanied by Arthur Lee cover "Lucy Baines" and surf-rock jam "El Es Gay".

another great cornelius video, this time for fit song directed by tsujikawa koichiro who also did drop for him Matador Records have a nice little Quicktime sampler to round up this year's releases. Check it out here.

We'll be rounding up our best-of-2006 lists soon. Send them in please team. I was due to review this a while back, but like the vibe of the record itself, I couldn't really be arsed. This is seriously chilled music, all brushes on drums, echoed vocals, wah guitar, deep bass and lolling, rolling organ - with the occasional visit of a slide guitar, to add a touch of spice to this herbal heavy recipe. It's the sort of music to listen to when doing something else, like sleeping or fending off the Sunday morning hangover. As the whole album is so one-paced, ie, Sloooooooooooooooooooow, it feels like one long song, punctuated by a few pauses - no doubt a time for the band to get another lungful of Mother Nature's finest. I like it though. A good one to listen to as an alternative to Zero 7's overplayed 'Simple Things', that is if you can be bothered to put the disc in the player.

Pavement's bi-annual re-release schedule is continuing at pace, with awesome 3rd album Wowee Zowee scheduled to get the double-disc mega-reissue treatment on November 6th. There's a surprise in store this time, with more details to come from Matador soon. You might have missed The Bronx (I), but 'they're back' with this self-titled second album. This isn't Led Zeppelin II however, or even Tindersticks II. The Bronx are a strange mix, falling between Guns 'n Roses (Gilby Clarke produced their early recordings) and the Rollins Band (or even Annihilate This Week era Black Flag), but strangely seeming almost like Pavement - certainly in terms of their excellent video History Strangler's. That's a lot of links, commas and brackets, but this is a band that's hard to define.

The credibility supplied by not actually looking like Gwar gave a me a reason to persevere, and I like this band a lot. They know how to rock and they know how to play it loud. Senor Hombre sets the scene with some mystical hokus pokus before we're off into the meat of the album. Shitty Future is an awesome rolling track, and History's Strangler's is equal to the task. Things mellow out a bit with Dirty Leaves, which has a much more bluesy sound - letting you see some of the influences that the band must have. It dips a bit after that with some questionable morality tales (Rape Zombie, Three Dead Sisters) that must have some point, but towards the the end it's back to firing on all cylinders and you get more of what this band is good at - playing loud in your car or at home while your girlfriend (or parents) are out.

Matt Sweeney's former band Chavez have a retrospective coming out in October. "Better Days Will Haunt You" collects together both studio albums plus some bonus stuff.

The somewhat over-looked Matador favourites re-united to support GBV's final tour in NYC are were awesome.

Billed as 'pure pop magic', The Keene Brothers is a collaboration between GBV's Robert Pollard and one-time Matador alumni Tommy Keene. Although not exactly 'pop,' Blues And Boogie Shoes is far and away the most solid and cohesive of these three new records.

Death Of The Party and Island Of Lost Lucys are classic mid-90's-style Guided By Voices. The album has far fewer of the throw-away tracks of the other two new albums, and Keene's polished guitar work adds a layer of sonic quality and sophistication to Pollard's often rough-and-ready recording style - particularly on instrumental tracks like The Camouflaged Friend.

THe album occasionally treads the line a bit to close to FM radio A.O.R., but Pollard's eclectic lyrics always pull things back from soft-rock meltdown.

This Time Do You Feel It? is a masterpiece, borrowing heavily from Pinball Wizard (perhaps Pollard's most overt tribute to heros The Who). The song is followed by A Blue Shadow, another great Pollard song, which brings the album to a worthy close.

So, as usual, 41 new songs from the over-active mind of Robert Pollard has yielded a number of classic tracks, easily distilled down. In the case of these three albums however, those gems are often unpolished rocks. Malkmus is back with another awesome post-Pavement solo record. This time he's not even with the Jicks - he's strictly Lone Wolf.

Sounding totally assured and confident in his sound, this album is layered and complex - with long building songs (No More Shoes) and faster more immediate songs (Baby C'Mon). A demo of It Kills was already featured on the excellent Matador at Fifteen sampler, and that's now been finished off and is sounding great. Sounding tight, well produced and powerful doesn't mean that he's done away with the weird shit however, plus there's a funky lyric pinched from KISS, and a little keyboard tinkle from Rod Stewart. Malkmus is still operating on his own frequency and sounding totally original. 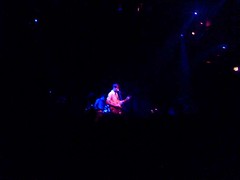 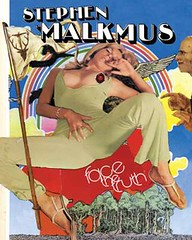 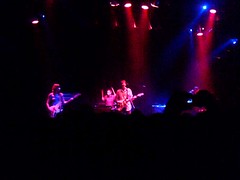 Human Amusements At Hourly Rates: The Best Of Guided By Voices

If you remain unconvinced by Guided By Voices:

Putting together the best Greatest Hits album since Decade is no mean feat, and I don't make the comparison lightly. Hitting the rare mark of a Greatest Hits record that functions on it's own level, Human Amusements At Hourly Rates collates one or two tracks off nearly every official Guided By Voices release into one easy-to-use package, without losing a second of GBV's charm. It doesn't get much better than this.

I Am A Tree, Shocker In Gloomtown, Watch Me Jumpstart, Game Of Pricks, My Valuable Hunting Knife, Teenage FBI ...don't make me spell it out for you.